The question has been asked what is a GEMBOREE?

Well, the word GEMBOREE evolved from the Scout term JAMBOREE (which in broad terms means a “rally of Boy Scouts”). “GEM” (begin part of what our hobby is about), replaced “JAM”.

​The Australian rockhounds claim that they “invented” this word and at some stage were not enamoured that other countries and communities took over the word “GEMBOREE”. However, today, it is universally accepted as being in broad terms “a rally of rockhounds”. In Australia their Gemboree is combined with their National Gem and Mineral Show.

​In South Africa, the GEMBOREE is normally hosted by a member Club, at a venue that has the necessary amenities to cater for a large gathering, has suitable gem and mineral collecting sites and is reasonably accessible to the host Club (necessary for pre-planning). At the moment there is a roster which is followed in general order amongst four of the larger Clubs, but smaller Clubs can also volunteer to host this event, whether it be on their own or in conjunction with one of the larger Clubs.

​What activities can be regarded as typical of a South African GEMBOREE?

First and foremost, it is an annual social Easter gathering of members of various Gem and Mineral Clubs in Southern Africa affiliated to the Federation of Southern African Gem & Mineralogical Societies.  As the collecting of rocks, gems and minerals constitutes one of the main pillars of this hobby, a considerable amount of time over this weekend is spent in collecting these. In addition the following activities also form part of the proceedings:

​Official closing of the GEMBOREE normally takes place on Easter Sunday evening, at which the venue for the following year's GEMBOREE is announced.

​All in all, a pleasant social weekend where many friendships are forged and renewed. 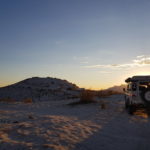 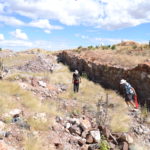 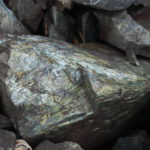 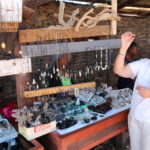 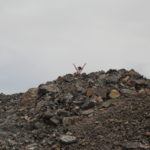 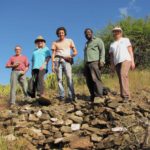 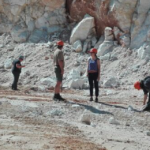 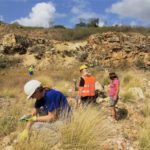